The wheel that spins to change destiny 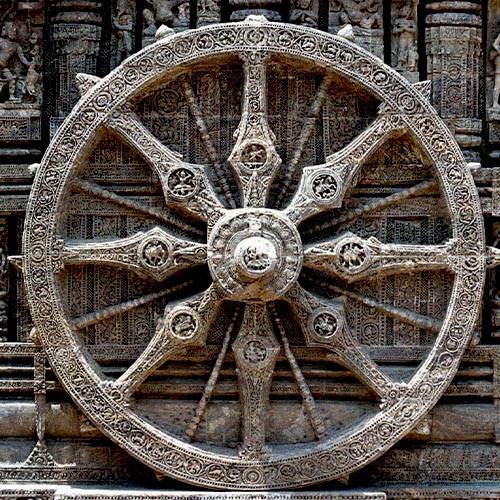 The Wheel of Dharma, or known as the Dharmachakra, is a widespread symbol used in South Asian religions, especially Buddhism. It consists of a chariot wheel with 3 basic parts - the hub, the rim & 8 spokes.

the Dharma Chakra is widely used to represent the Buddha's teaching and the universal moral order, Buddha himself and the walking of the path to enlightenment, since the time of Early Buddhism. The pre-Buddhist Dharmachakra is considered one of the ashtamangala (auspicious signs) in Hinduism and Buddhism and often used as a symbol of both faiths. 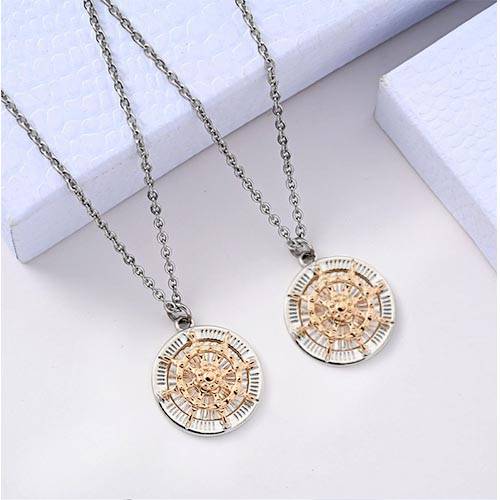 Each Dharma Wheel Pendant is carefully crafted and blessed through consecration by the monks from Buddhist temple. It possess the power to bless and change change the destiny of its owner.

The pendant is specially designed. A golden Dharma Wheel that is spinnable is placed on a metal pendant carved with directions. It symbolizes that luck will comes in from all directions, fate and destiny will be rotated so the owner will no longer suffer bad lucks, and starting to enjoy a new better life.

You have to always turn the wheel as turning of the wheel helps you continue to move your good fortune further and turn bad fortunes into good luck. 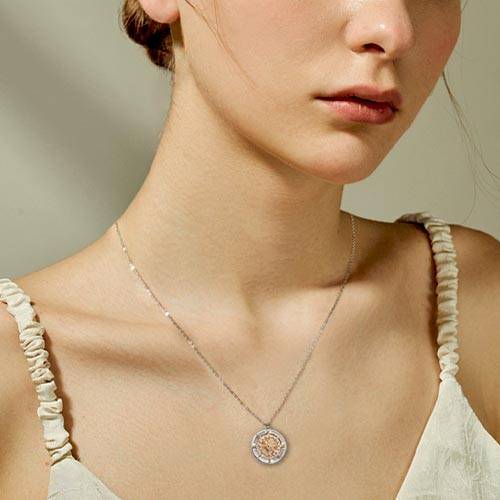 As more time passes, the pendant will accrue more and more power and strength. Unfortunately, in the modern world, the attitude towards this type of power has been lost and only recently has it regained mainstream attention.
The pendant haven’t lost their strength significance and, to make them work, you only need to believe that it can work for you, have faith on it, then it will assist you.

If even ONE of the above fits you, you need to click the button below!
>> Yes! I want Dharma Wheel Pendant

What is the necklace made of?

The Dharma Wheel Pendant Necklace is made of silver and gold gilded bronze. The gold Dharma Wheel is spinnable and the design is fashionable so it can be worn in any occasion.

What makes this necklace special?

The design of the necklace is special as the wheel on the pendant is spinnable. It has also went through a ritual of consecration to bless the necklace with good energy.

Is it suitable for male or female?

This necklace is suitable for both male and female.

What should I do or not do by wearing this necklace?

Remember to wear it everywhere you go but avoid wearing during sleeping and during shower.

With our Buy More Save More program, it is a good idea to buy more necklaces to enjoy the extra savings. What's even better is that when you buy for others, you are actually helping them to get better life like you.
>> Yes! I want Dharma Wheel Pendant 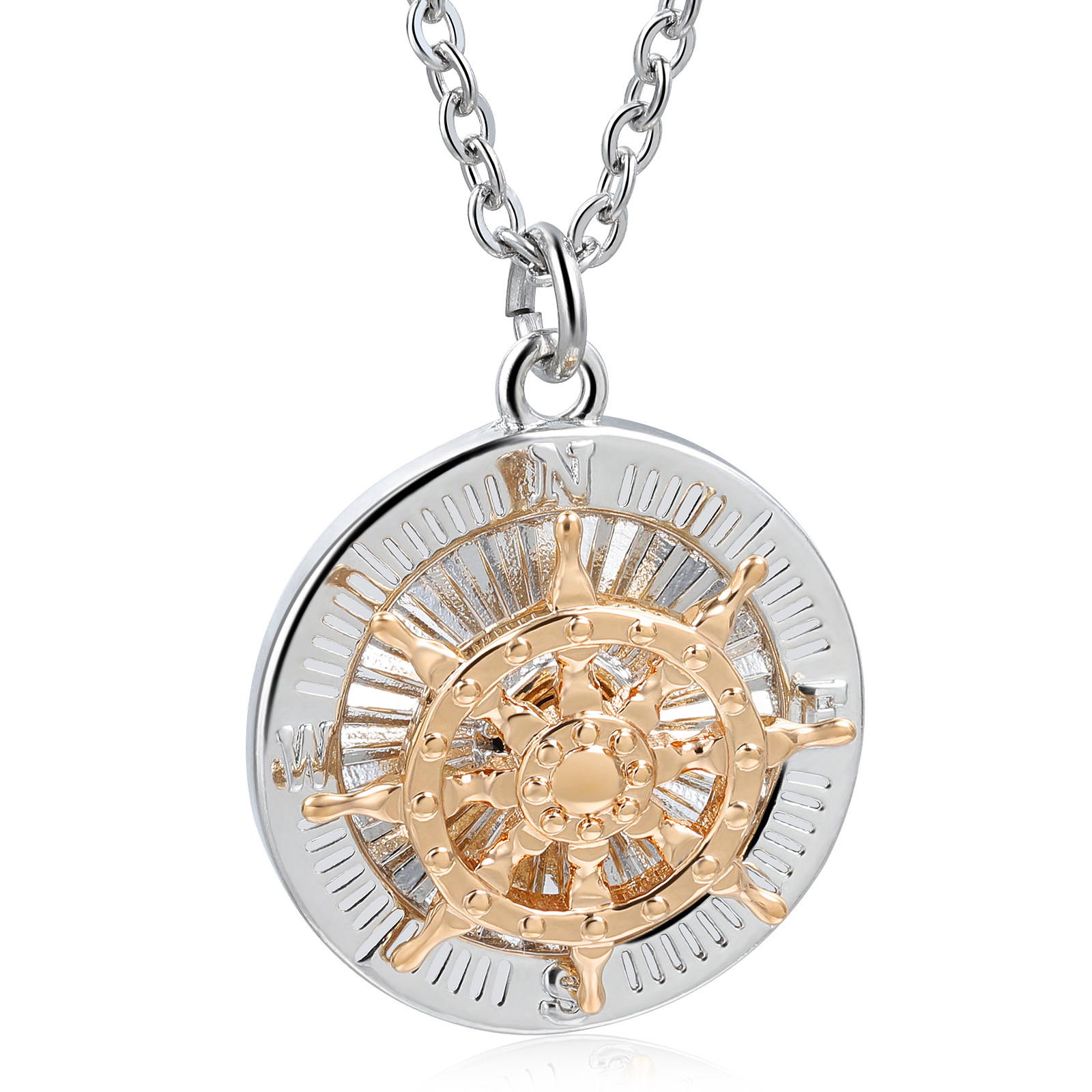 The pendant might not immediately start working, sometimes it takes 2-3 weeks, even up to several months, before you will start taking in new luck and opportunities.

You need to always bonding with it in order for it to have the power necessary for your enrichment.  Luck will come from everywhere. You can quickly move up the career ladder, win the lottery, or a long forgotten debt will be repaid to you.

This is your own necklace so do not give it to strangers. Let it bring you success and prosperity. Good luck!